Since Gore Vidal's death in 2012 and my publication of the sonnet in remembrance, Nicholas Wrathall has completed his documentary, Gore Vidal: The United States of Amnesia. It has appeared at the Tribeca Film Festival 2013 and it has screened throughout the country. I interviewed Nicholas Wrathall about the making of the film. I am not ashamed to say I fawned over the director who spent so much time with Vidal and made an important documentary which mentors us; it reveals a thinking American patriot in operation during his lifetime and shows how he critically examined American history and the American political system. I loved the documentary which I reviewed for Blogcritics (LINK).

The film captures the importance of Gore Vidal's contributions as an intellectual political thinker of the 20th and beginning 21st century. The anniversary of his death is coming up. I am reposting the sonnet, thrilled that the film is a living reminder of the greatness of the patrician who advocated for the "little people." It is a complete irony that Vidal is appearing on a site devoted to a Christian apologist's sonnets. On the other hand, the character of this professed atheist was more loving, heroic, brilliant and representative of Jesus than most religious politicos who profess Christianity and live like scribes, pharisees and hypocrites behind closed doors with hatred and malevolence in their hearts. Their faux Christianity ignores the Bible's "love of money is the root of all evil" ethic, as they place profits above people. Christianity to them is useful to gain votes and dupe the "stupid, unintellectual Christians who don't read or think." However, there is a scripture that states, "It is easier for a camel to go through the eye of a needle than for a rich man to enter the kingdom of heaven." If we rightly divide truth from a lie, we can see. Vidal could see; he was a prophet of the age. He transcended a brainwashed culture and defied labels and stereotypes as did Christ. He was intensely human and real. I am forever a fan. I truly think with his ironic sense of humor, it would probably bring a smile to his lips to see himself on this site. RIP Gore Vidal. 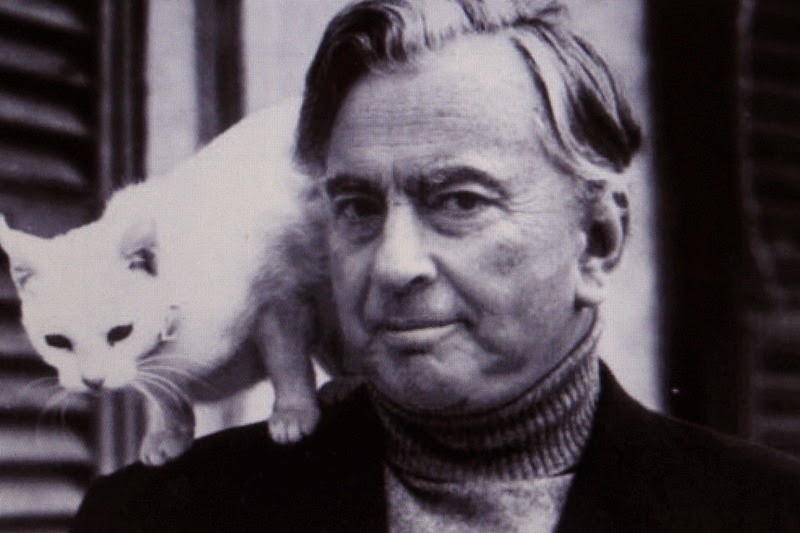 Acerbic, vitriolic, searing words,
In you fermented, then poured out, a draught
Of wine. We sipped refreshed, the wisdom heard.
It quenched our ravaged souls and spirits wrought.
We culturally dispossessed? You raised us high.
Redeemed our history's worth with wit and grace,
And literary gifts none could decry.
Your genius ne'r could Truman* er' displace.
Self-described emotionally cold were you
Patrician, righteous, prophet of the age,
To Buckley calumnious, to Mailer crude,
Tiresias: forthright, just, a humorous sage.
Your writings live, though Death choked off your time.
You lived a maverick's life, one of a kind.

I loved this the first time around and even more now Carole! Thanks for the heads up on the film.

Thanks, Jacquie. Because of it, I decided to read the Narratives of Empire series, this time, not on a treadmill...lolol